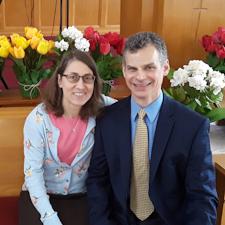 Nick Camillone has been attending New Village since early 2002 and has served in children's, youth and music ministries and on the Deacon and Elder Boards. His wife Lynn and he home school their two youngest children in Shoreham. Nick graduated from Wheaton College in 1988 with a degree in physics and chemistry. He received his doctorate from Princeton University in 1994 and currently works in the Chemistry Department at Brookhaven National Laboratory. He enjoys learning about theology, apologetics and the interplay of faith and science, and looks forward to that Day when he will know even as he is known (1 Cor. 13:12) and his "faith shall be sight." 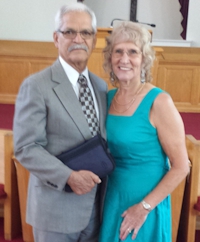 Ralph Diaz has been attending New Village Church for many years and has become an Elder in 2017. Ralph was born in Puerto Rico. He has been married to his lovely wife Terry for 40 years. They have three wonderful children and two grandchildren. In his spare time, Ralph loves to walk at the beach with his wife, loves to read fiction and loves to go camping. Ralph loves life very much.

Minister of Youth and Music 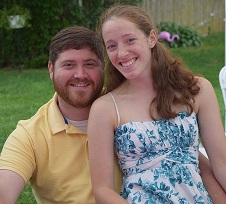 David Moore grew up going to New Village Church and has been attending for the past 20+ years. Before serving on staff as the youth director, he was heavily involved with camp ministry and met his wife, Stephanie, working at the same camp 4 years ago. David graduated from Messiah College with a bachelor’s degree in Youth Ministry in the Fall of 2013. He taught himself guitar and can often be heard playing music in his office throughout the day. Besides music, David enjoys hanging out with students and beating them in videogames. #blessed