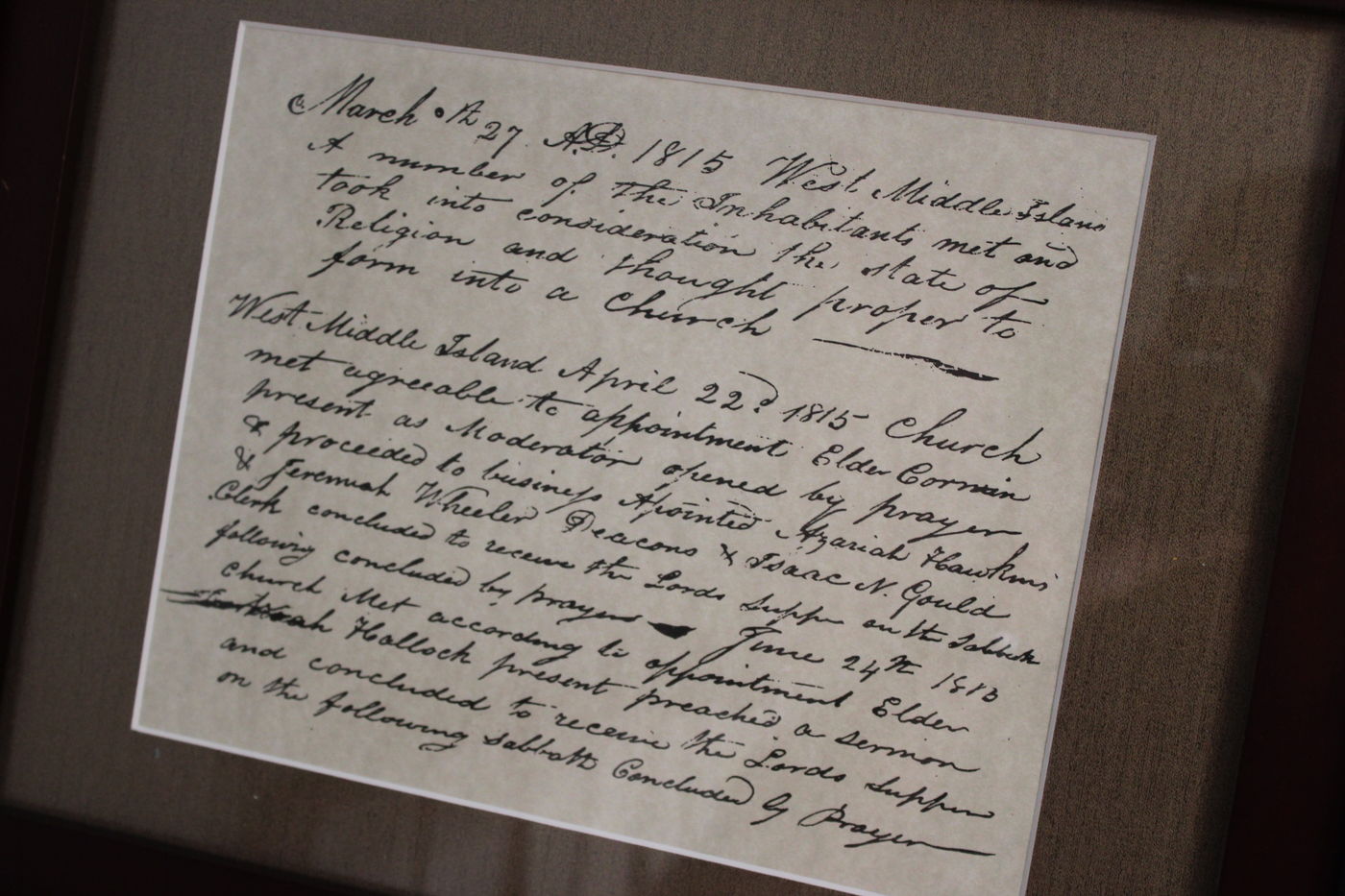 What does looking to the past do for us? The reality of our lives is bound to the lives of those who have been here before us, and we find that we are not unique. We have the same love, the same fears, and the same joy that brought the reality of life to those who might merely remain names on a list. Our church forefathers were no different. The desire for a Christian witness was there, hence this church organization and its various concerns.

March of 1815- our church began to take shape, and the shaping has gone on for over 200 years.

This church has been to us a central experience, a molding experience. For who can enter the House of the Lord without being affected? The effects upon our lives vary with each of us and has endured from generation to generation in this body of believers.

The founders of this church met at the home of Jeremiah Wheeler with a view toward organizing a new church. In the minutes of the original meeting there is a simple entry:

March 27, A.D. 1815- West Middle Island. A number of inhabitants met and took into consideration the state of Religion and thought it proper to form into a church.

In 1817- a committee was formed to provide a building and a gathering place.

July the 12 A.D. 1817- Church met according to appointment. The group chose Nathaniel Smith and Deacon Wheeler to form a plan to build a Meeting House.

During the years 1830-1831- a gracious revival with a total of thirty-one accessions to membership. In 1831- the first Sunday school program was formed.

In 1913, the parsonage was completely destroyed by fire and in 1914 was rebuilt.

With the 1930's came difficult years. The financial report of July 9, 1930 showed the church had on hand $26.44, with Sunday School having $97.65. It was during these years that Charles Furman was pastor of this church. During these years Pastor Furman's only salary was the Sunday morning offering. Despite these difficult years the Lord was faithful and the church was able to start the first Vacation Bible School.

During the 1950's the church began to support individual missionaries. Additional property was purchased in 1951. The year 1957 was a year of paramount importance, for in April of that year a program of planning was begun which was to result in vastly expanded facilities and an expanded ministry within our community. Steady growth of the Sunday School occurred and planning began for further expansion of facilities. The planning of the 1950's resulted in a dedicated new church building in 1963.